(JV) between L&T and Japan’s IHI Corporation had emerged as the lowest bidders for the first package when their bid was opened a day ago on September 14.

Larsen & Toubro (L&T) has emerged as the lowest bidder for constructing the third and final package of the 22-km long, Rs 17,750 crore Mumbai Trans Harbour Link (MTHL) project. The bids were opened on September 15, and UPS Madan, metropolitan commissioner, Mumbai Metropolitan Region Development Authority (MMRDA), told FE that L&T was found to have bid 22.45% below the cost estimated by MMRDA – the nodal agency for the project.

A joint venture (JV) between L&T and Japan’s IHI Corporation had emerged as the lowest bidders for the first package when their bid was opened a day ago on September 14. Tata Projects and Daewoo Engineering & Construction’s JV was the lowest bidder for the second package. Construction of the sea bridge has been divided into three packages comprising a 10.380-km stretch of bridge across the Mumbai Bay and Sewri interchange, a second stretch of bridge that is 7.807 km-long across Mumbai Bay and Shivaji Nagar interchange, and a 3.613 km-long viaduct, including interchanges at state highways 52 and 54 as well as at national highway 4B near Chirle village in Navi Mumbai.

The global tender had seen participation from a clutch of Chinese companies who were all subsequently disqualified from bidding by India’s Home Ministry due to security concerns. Spanish engineering and construction majors Obrascon Huarte Lain and Constructora De Proyectos Viales de Mexico had also put in bids. At 22 km, MTHL, to be built over the Thane creek, will be the country’s longest sea bridge. Of the 22 km stretch, about 16.5 km will be over the sea. It is envisaged to provide direct access to the proposed Navi Mumbai International Airport from the Mumbai mainland, and also provide a convenient gateway to the Mumbai-Pune expressway.

By the time the project is completed and becomes operational, it will take at least five-six years, an MMRDA official had told Fe earlier. He said commuters would have to pay a toll for using the bridge. “We have planned that there will be toll. Since we are drawing a loan from the Japan International Cooperation Agency (JICA), it has to be repaid and we expect commuters will pay for the good facilities,” he said. Earlier, the MMRDA had fixed a one-time compensation of Rs 5.68 lakh for the project affected fishing community. 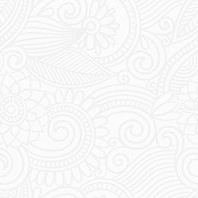